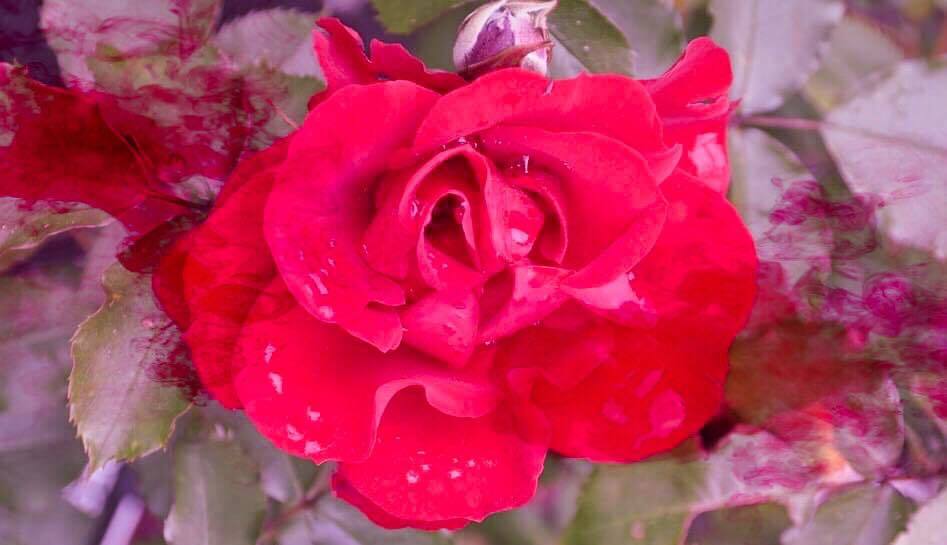 Most women, in the lead up to their periods, will experience anything from mood swings to tiredness to feeling upset. These are symptoms of PMS or Premenstrual Syndrome and it affects 3 out of 4 women. However, imagine these symptoms were felt in extreme, making it difficult to even get through the day. This is what it’s like for those living with PMDD.
PMDD stands for Premenstrual Dysphoric Disorder and it’s like PMS on steroids. It can cause severe depression, anxiety and irritability (among other things) in the week or two before your period starts and can last up to a few days into your period.
Danielle, 24, explains the difference between PMS and PMDD: “I have experienced both PMS and PMDD separately to be able to distinguish them. PMS is me crying over not making gravy well enough, chilling with a hot water bottle and getting angry and irritable for 3 days. Whereas, PMDD can last for weeks and can feel completely maddening. This can even sometimes lead to breakdowns and total relapses in my mental health that completely alleviate within 24 hours of my period starting.”
PMDD affects 3 to 8 percent of women and AFAB (assigned female at birth) individuals of reproductive age, statistically similar to diabetes, however, little is known about what it is and what causes it. This is shocking when 30% of women with the disorder attempt suicide. It is thought that Sylvia Plath suffered from PMDD and was in the luteal phase (pre-menstruation) of her menstrual cycle when she took her life through suicide.
Molly, 22, says that she noticed symptoms of PMDD after coming off the pill (which she had been taking for 6 years): “A month after coming off my pill, I had one of the worst week-long waves of anxiety I’ve ever had. I felt completely insane.” She explains that this became a regular thing every month of that year: “It was pretty crippling – I really struggled with the anxiety and panic attacks it gave me. I had a lot of anger, felt very upset, had very dramatic feelings and quite dark thoughts that would last a week and then my period would start, and the feelings would go away.”
Historically, it was believed that PMDD was caused by an imbalance of sex hormones, i.e. estrogen and progesterone. However, on study, it was seen that those with PMDD emit the same level of hormones as women without. Today, although it is still unclear the reason for PMDD, researchers believe that women with the disorder are more sensitive to sex hormones, which in turns affects their serotonin levels (a chemical in your brain that helps regulate mood, attention, sleep and pain).
"In 2016, researchers at the U.S. National Institues of Health found that women with PMDD are more sensitive to the effects of sex hormones estrogen and progesterone, due to a molecular mechanism in their genes. Researchers compared white blood cells in women with PMDD and those without, and confirmed that women with PMDD have an altered response to sex hormones at the cellular level." - IAPMD 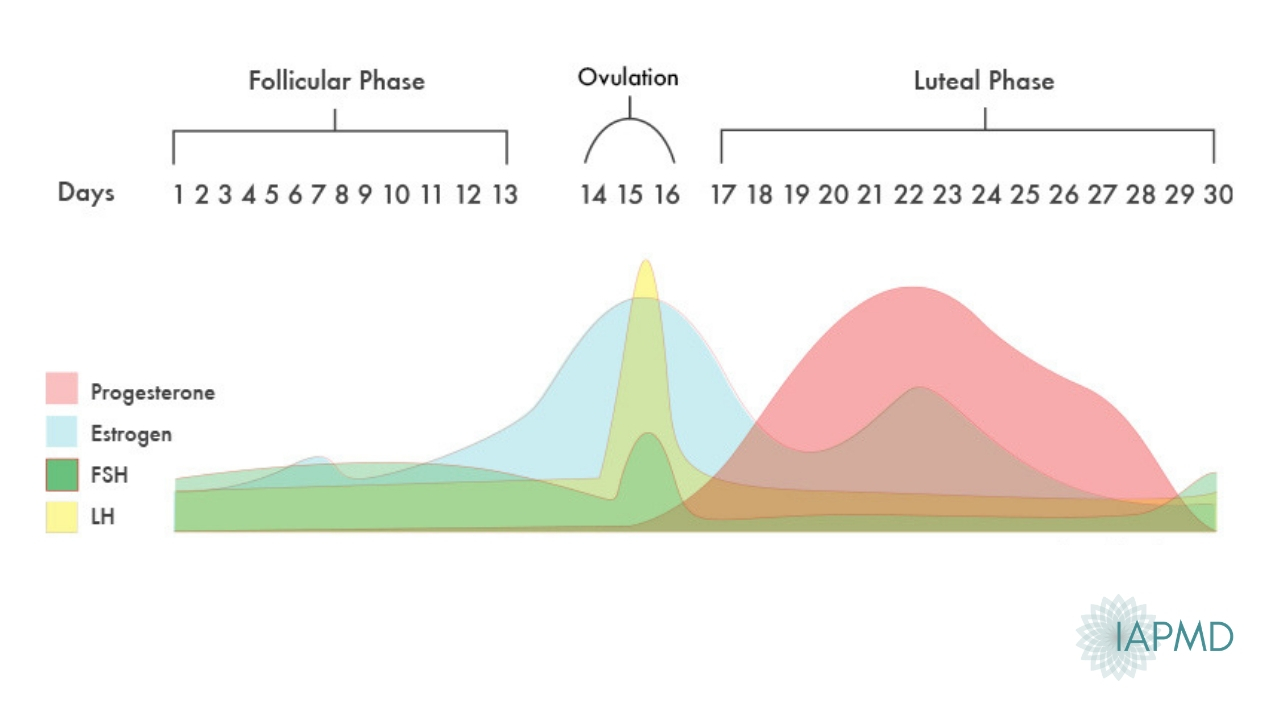 This lack of education among medical professionals sits PMDD alongside Endometriosis as female conditions which have been sidelined by society, thus highlighting gender health inequalities. Many of those living with PMDD are misdiagosed with other mental health conditions such as bipolar disorder. The NHS does not even have a page dedicated to PMDD; it is instead referred to in one sentence at the bottom of the page on PMS.
Molly believes that she has not been listened to in the past by medical professionals: “Doctors that I have spoken to who don’t specialize in women’s health did not take me seriously at all. I have had unrelated information pushed onto me like contraception when I had explicitly said I didn’t want it. I found it very hard to feel represented or understood.”
This limited understanding of the disorder drove two women in 2013 to create The International Association for Premenstrual Disorders (IAPMD). Starting as a collective of sufferers, Amanda LaFleur and Sandi Macdonald’s organization is now internationally recognized and is fighting to make PMDD public knowledge. On their website, they list the symptoms of PMDD as:
• "Feelings of sadness or despair or even thoughts of suicide
• Feelings of tension or anxiety
• Panic attacks, mood swings, or frequent crying
• Lasting irritability or anger that affects other people
• Lack of interest in daily activities and relationships
• Trouble thinking or focusing
• Tiredness or low-energy
• Food cravings or binge eating
• Trouble sleeping
• Feeling out of control
• Physical symptoms, such as bloating, breast tenderness, headaches, and joint or muscle pain"
(note: “a diagnosis of PMDD requires the presence of at least five of these symptoms.”)
The symptoms of PMDD are very similar to PME, sometimes leaving women confused. PME stands for Premenstrual Exacerbation and symptoms can be identical to PMDD in the luteal phase of the menstrual cycle. However, whilst PME is the worsening of an already existing mental health disorder such as anxiety or depression, women with PMDD only experience symptoms in the week or two before their period, causing dramatic shifts in mood. It can often be hard to distinguish between the two, therefore women are advised to keep a diary of their symptoms. IAPMD tries to define the two terms separately on their website:
"So is it PMDD or PME?
If PMDD – symptoms arise premenstrually, subside within a few days of starting one’s period, and are not present in the week post-period.
If PME – symptoms are present throughout the entire cycle, but become more severe in the premenstrual phase."
All women questioned for this article have had to self-diagnose. Dr Tory Eisenlohr-Moul, a leader in the study of hormonal effects in menstrual cycles and Chair of the Clinical Advisory Board at IAPMD believes that “we need to train health care providers to recognize, diagnose, and treat PMDs more consistently.” She continues: “IAPMD is currently seeking funding to further develop several provider training initiatives to address this problem. In the meantime, I think it's a reasonable thing to diagnose yourself with daily ratings.
“I would recommend that someone (1) do two months of daily ratings using the validated rating scales that an informed doctor would want to see (use the Prementrics smartphone app, or download the symptom tracker at iapmd.org), then (2) download the clinical care help sheet we've developed along with the evidence-based treatment guidelines and use those materials to help you to approach a medical provider about a diagnosis and treatment.”
Treatment for PMDD comes in many different forms including changes to lifestyle and diet, birth control pills, therapy, a certain type of antidepressants known as SSRIs or selective serotonin reuptake inhibitors, among others methods. In extreme cases, women have resorted to undergoing surgery to remove their ovaries. This highlights the severity of the illness to the lives of these women.
For more information on PMDD please visit: https://iapmd.org/
Tagged as: mentalhealth, pmdd, pms, women
Share this post: